Would it be possible to view players on the server and CPU usage?

I know we have the load system in the Dashpanel, but I would like to see individual CPU usage for each server like in McMyAdmin and Multicraft.

Also, I would like to see what users are on the server, yet another feature that’s in McMyAdmin and Multicraft.

All in all, I like MineOS, but it definitely needs more server specific areas rather than just a ‘Summary’.

I know this is a very old topic, but I figured bumping it was better then creating a new one. I’d also like this feature, and a great example is like this: 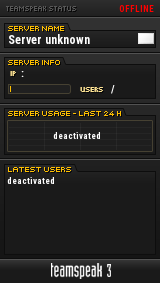 What metrics would be useful to determining the server usage? Players online?

The trend data is not nearly as important.

It’s really easy to implement in PHP (using https://github.com/xPaw/PHP-Minecraft-Query). I combined it with Minecraft overviewer to have a map of the server, and where the last known position of every player is plotted about every second hour. I also added the current versions of server and plugs.

Doing it this way all my players are able to see who is online and where.

Alright, I have added a new page in the webui called “player interactions.” This page will list all online players as well as list a few options available to dealing with that player specifically.

One thing to note: there are not that many clean ways to get a list of players available on the server except through Minecraft Query. Most servers have this off (it’s the default), but this functionality is required for this page to appear–when the server is started (or restarted) with this property on, this page will show up for you.

This is awesome, thanks so much for your time and effort!

I’ll try getting this setup tonight.

I was able to try this from work, so let me show you what I’ve got so far (and hopefully you can help me). 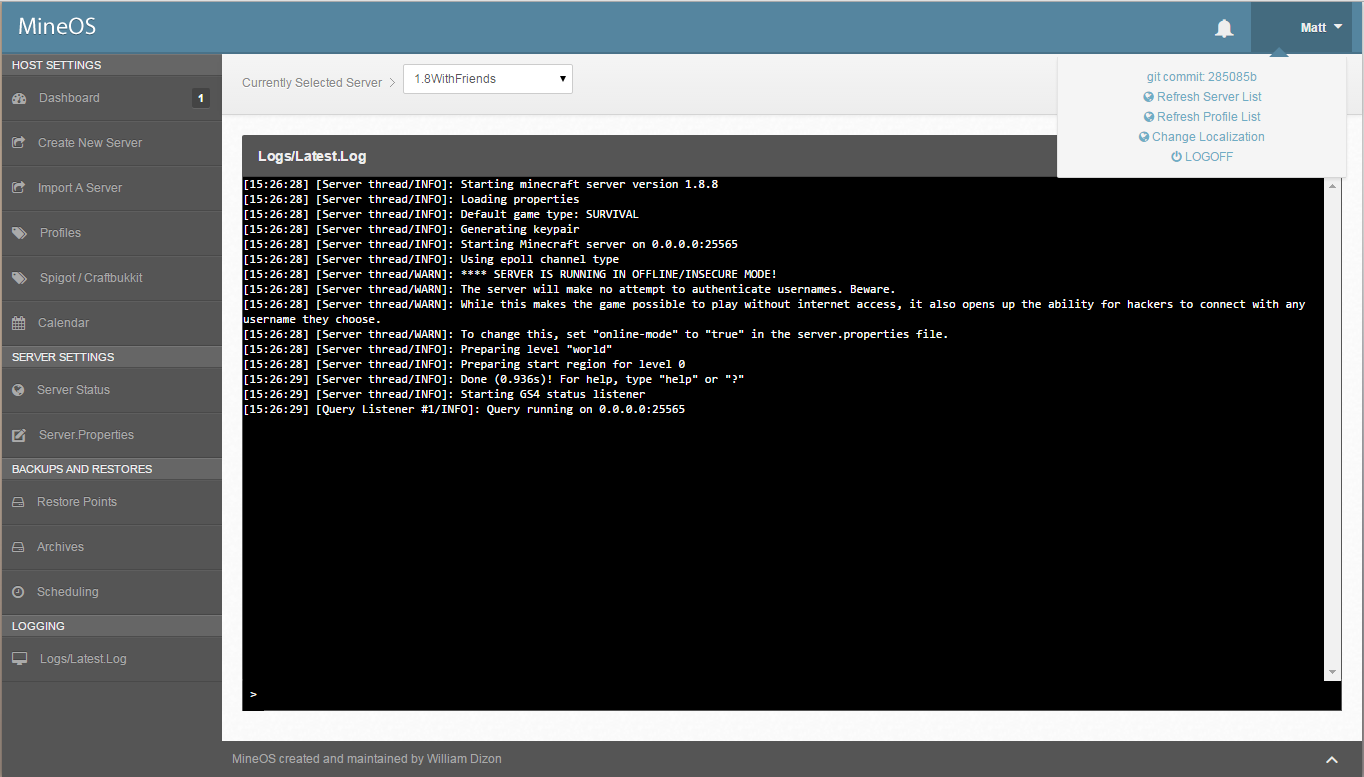 You’re on the right git commit, but I’m guessing you might have missed the npm install step to make sure to download the mcquery module that this page depends on. I’m guessing that’s the issue here, so go ahead and update to the latest commit just for good measure (I made some important, even if unrelated, updates), and then restart the webui and I think the Player Interaction pane should show up as expected.

I suggest that instead of hiding the “Player Interaction” tab, that it display a message if the information isn’t available (either because the server is shut down, or because query-enable is false). This is a really useful feature and I would have never known it existed without randomly coming across this post in the forum.

If you’d be willing to merge such a change, I can do the implementation. It would be a good (easy) task for me to get started with in mineos development.

If you’d be willing to merge such a change, I can do the implementation. It would be a good (easy) task for me to get started with in mineos development.

Yep, of course any contribution would be appreciated!