So I had a power loss at my home for a few hours, and when my machine started up again (dedicated PC not running on any VM) I can log into the Web - UI but looking at the Load Averages graph, it reads data 2 times (sometimes 1 the highest I have gotten it to go was 3) and then stops, no servers show up, can’t click on any category, logging out and in again does the same thing, rebooting the machine does not work, no servers are active (I logged into Minecraft myself and tried connecting to the IP and there is no active server), and it’s using about 1.5 Gb of RAM reading the RAM usage on the login screen.

Running Web - UI update scripts and reset scripts does nothing but outputs a success, the rest of the machine works perfectly, stopping and starting the web-UI from the start/stop scripts doesn’t do anything either, logging in as root does no difference.

I’m quite lost on what to do, before the power outage it was working perfectly.

I believe a Minecraft server WAS running when the power outage occurred, but I do know that no one was connected to it.

Attached is a screenshot of what I see after 5 minutes after logging into the UI.

Help would be appreciated,

Unfortunately, your screenshot didn’t come through, so we can’t see that just yet. That said, I think we can figure out what’s going on here.

Let’s start with correctly chowning our files back. Sometimes things go down and we can’t explain it and we do a lot of changes that seem innocuous, but will always come back to bite us in the end.

Make sure all the servers are down, prior to doing this. A reboot isn’t necessary, but commonly done. Then you’d log back into the webui as your normal, non-root user and go back again. These steps also imply you only have a single user you care about within the webui. If you had more users, the steps would look just more like chown-ing directories with their existing perms just to get their children files.

Other explanations include that you had upgraded a lot of programs before but did not reboot, and the new versions took place after the power outage resumed–that’s a more far-fetched idea, but not impossible if it was Java.

If the issue persists, show us again with a new attempt at that screenshot, or use imgur, etc.

Sorry, here is the screenshot.

I have 4 servers but they dont start automatically 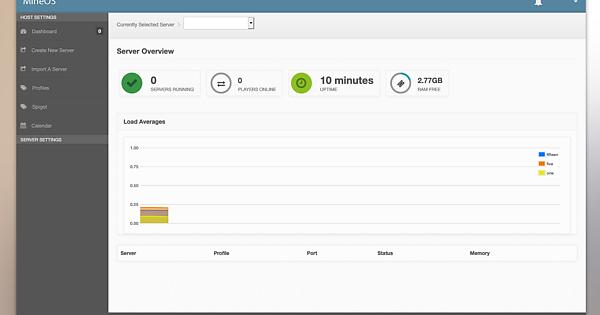 About the chown-ing, I don’t understand exactly what I have to do, give permission to the not root user (the one I created the servers with) to be able to modify folders it already had permission to edit?

Also, the pc was not updating because I manually ran the update scripts a while back and it shouldn’t have automatic updates enabled, the problem is with the web-UI itself.

Another question, could I perhaps turn a server on via the command line without having to press the start button on the web-ui? just to see if that does anything different on the web-ui.

Also, SFTP and SSH work perfectly, its just the web-ui thats having problems.