Very slow webUI response. Confused as to cause

I’ve been running an FTB server for several months and recently started having problems.

Problem 1 was the webUI disconnecting from the server. After 5 - 15 minutes from start, the server log would note: Disconnected from 127.0.0.1:xxxx. Although the server itself was unaffected, I’d have to restart the MineOS plugin and relog into the webUI to shut down the server.

Problem number 2 began a week or so ago. The webUI became increasingly slow and unresponsive. Logging in would take ~5 minutes (web browser would report: connecting). Once logged in, any command would likewise result in a several minute wait.

Problem 3 started yesterday… Once I finally get logged in, the server no longer shows. There’s no list of archives or backups, either. Refreshing the server list does not prove helpful

Today I decided to troubleshoot the problem which resulted in discombobulation. All the permissions checked out and I couldn’t find anything weird in the logs. I moved the server directory out of the jail and created a new server using the same FTB pack and minecraft version. I was able to log into the webUI without any delay. I moved the original server directory back and voila…everything slowed to a snail’s pace.

I am curious as to how something in the server directory could be causing such behavior. More importantly, how should I proceed if I want to keep the server?

Are you using any mods or software that creates tens of thousands of files in your minecraft directory?

Also, when you log in, do you see your CPU being pegged at full? 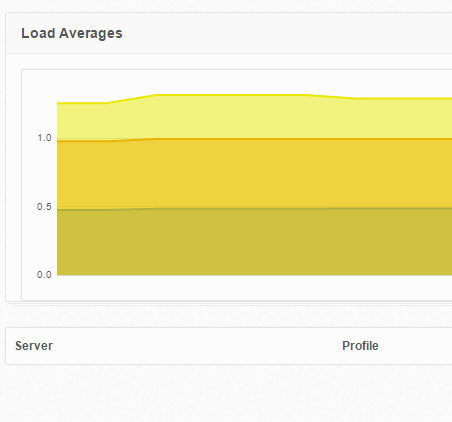 Sorry for the delayed response.

At one time I had Dynmap installed, but dumped that a few months ago. Otherwise, the server is larger than typical and that may be causing the problem.

The load averages are generally not that high (usually float between 50-75%), but it refreshes at an injured snail’s pace.

I need to add storage to the freeNAS box tomorrow and have a SSD set aside to put the MC server on. I’m also going to punt the plugin and install straight to jail. I’ll clean up anything out of the ordinary I see and will report back in a day or three.

This is the exact problem that drove me away from mineos. If you have a larger world, along with a ton of .dat’s from essentials, mineos will crash/be so slow its useless.

This issue basically rules out any large scale server from being used with mineos.

hmmm…Well I had hoped to have the SSD in place by now but have been too busy to work on it. I have no clue if it will help or not, but I’ll post again with the results.

When I had the issue I was using an ssd, so it is extremely unlikely it will help. However, 20 minutes ago hexparrot commented that he fixed this issue. Check out the thread “is mineos ready for production servers”

Just been browsing through the latest topics before posting. 24 days ago I posted in a thread explaining how my WebUI broke and I could not fix it. Today I updated it again using the code from the wiki and the WebUI works again! However no servers are listed… Guess I’m not past stopping and starting servers from the shell

I have yet to reproduce this issue, but this is the second time now these symptoms have been reported. Can you verify the ownership of your server’s directories?

I’m inclined to think that this is happening because your Minecraft servers are owned by root, but that’s just a guess.

What’s the output from this command?

Quick reply to hopefully add to this investigation. I noticed today that the web ui was very “slow”. With no servers running, 1.2G of memory was already used. I used top to see what was causing the memory usage and it reported “node” was using 1.2G. Seeing this thread and the fact that a modded server was in use helped me track down the issue. Yesterday I created a new spigot server and installed world border and dynmap. I created a world border of radius 1000 and then did a fill command. Once that was done, I let dynmap do it’s thing and create the world map. Many hours later, that completed. I now had a pre-generated world with a pre-drawn map. And a very slow UI.

Today, I moved the spigot server out of /var/games/minecraft/server and the memory usage for node dropped back to a couple of hundred Meg.

@Dermot_Walsh, what commit is your webui at?

This issue of memory-overuse has been resolved in recent commits.