I’m a system admin at my job so I know computers well, just not a huge *nix nerd plus I’m new to minecraft. As anybody that’s been working on/with/building PCs for the last 20+ years…I have TONS of hardware and systems all over the place and which I have access to. I have Dell workstations that I can build out with SSD if necessary, but I don’t like using those as power supplies, motherboards, and other stuff are more expensive to replace than a generic AMD board especially with the old workstations I’d be saving from the recycler aren’t exactly new we bought them in like 2007-2010 depending on the specific system.

I have a VERY LIGHTLY used AMD X4 9850 (4 core 2.5GHz) and 8GB of DDR2 800 RAM. Would this and an SSD (I have a Samsung 850 PRO 256GB unused too… be enough to work for my needs? I have a bunch of 7200RPM 500GB drives I could toss in the box in a RAID if needed. Not sure about video card necessities, but that system has 2 Nvidia 8800GTX cards I could toss in there. Heck, I even have a 240mm water cooler to OC the proc a bit if it would do. The motherboard is still new in box from years ago and never ended up being used. Would this suffice?

Otherwise, I could go the Dell workstation route that I wouldn’t want to go (T3500, but with years of heavy use 24/7), but can possibly look into it. I think I have a PC w/ an Intel W3550, but been beat all day every day.

I might be able to snag something with a Xeon E5-1620 v2 and 32GB of RAM, but I’m unsure about this to be honest. It may go out into production it’s on the fence of recycle vs being used if it goes the recycle route I can AND WILL get it! I just don’t see that system going to be recycled yet, but I’ve been surprised before. Obviously if I can get this PC i’ll go with it guaranteed lol, but yeah not thinking it’s happening.

Sorry for replying to my own post - what a freakin loser LOL.

So, I just remembered I have an AMD Phenom II X4 955, but I’d have to buy a new mobo and RAM to use it. If I were to do that then I’d just go with my current PC’s mobo, proc (8350 8core 4GHz), and RAM (32GB 1866 - way overkill yeah I know) then get a Ryzen, Mobo, and RAM… not really wanting to do that as this PC works JUST FINE for every.single.game I throw at it obviously it could be faster, but it isn’t worth upgrading IMO. But I can get a super cheap AM3 mobo and RAM.

EH - I can get an asrock mobo for like fiddy bux

The only main requirement to consider should be ponying up is for RAM. MineOS runs headless so any video memory of 32 MB is overkill.
The CPU and mobos should be fine as I’ve had it up and running on computers circa 2005. I even had built a Spigot server from a Raspberry PI (1) B+, but that had issues…
Obviously anything newer is going to be better.
I currently running as my main system an HP Proliant DL380 G5. It’s not maxed out on specs but handles my gaming needs.

The AM2 2.5ghz Quad core and 8GB of RAM/SSD you think wouldn’t be good?

I’d just run a basic video card w/ 512 I have laying around not gunna just a trash nvs card, but not the heater that is the 8800gtx.

All of this I already have / own and while I’m not against building systems, I’d rather not build out a system and install everything just to have crap performance.

I think that will be enough, but depends upon the scope? Hoe many servers do you plan to run simultaneously? How many users will be logged into it?
Earlier today, I ran a simple Minecraft server from the official website on a laptop the only has 2 GB of RAM on top of Windows 10. The is one of those 2005 computers I have. It was just me logging in and I didn’t get very far in the game, but the performance was subpar. When I build a MC server on the Proliant, I allocate 4 GB of RAM for Java to use. The initial launch into the game is slow, but after that it levels off.

Vanilla minecraft a single server at a time, maybe two or three friends on it playing at a time.

I’ll probably add a few minor mods and stuff, but nothing major and I didn’t plan on running WIndows server OS I’m planning on using MineOS and my internet is pretty reasonable so network latency shouldn’t be an issue. 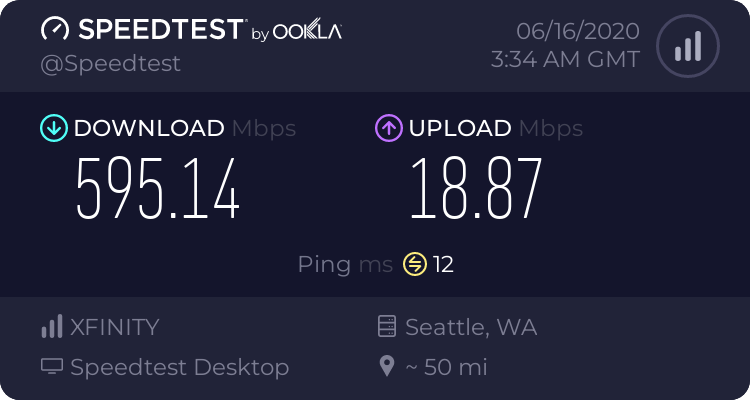 The equipment that you have now will be sufficient, and it sounds like you have scalability as well. The nice thing with MineOS it that it is really easy to transfer servers over with little downtime.

Nice. I never go with top tier stuff for my systems I’m always a few generations behind, but not so far that it sucks. I have always used AMD 100% on my PC builds for myself because of the socket not changing every 2 months. I can get a good mobo and an alright processor at the time and upgrade the RAM and processor as time passes and I need to and then I can keep it on a budget.

I do wish I had a Ryzen system, but that reuqires everything minus the videocard be upgraded and I’m not ready to do that yet. I can still play everything I want at 1080 so no complains here. Cool, i’ll buy a new power supply since thats the only thing I don’t have spares of and build that 2.5 quad core, 8GB Ram dual channel, and 256GB SSD.

Any idea if I were to set aa RAID up with 4 of my 500GB drives taking up space in a redundant stripe if there is a way to get it to save data files there, but use the SSD for the data that’ll need to be accessed quickly?

Thanks for the answers.

I’ll be super stoked if they decide to recycle that PC w/ the E5-1620v2 Xeon in it because it’s the only one we have that would be a wonderful server machine.

You can setup the drives as RAID, but I suggest using a hardware controller. The installer does have options to manually set up the portions, so using the SSD for the core OS, and the RAID drive for /var/games/minecraft
I can’t remember if the installer has an option to create a software based RAID setup or not, since the Proliant did that via the controller.

I got the 4GHz 8core for $50 on ebay like 1.5 years ago and an Nvidia 1660GTX 6G right when they came out because I had Wolfenstein2 that told me to go f myself with the 660 hahaa… then added the final 16GB to this system on memorial day it was on sale exact same ram i bought years ago same timing and everything I couldn’t pass it up… Everything is maxxxxxxed out lol (did the same thing w/ my AM2 socket board lol). But yeah.

I’ll be taking the AM2 processor out of the old board it’s in (M2N SLI Deluxe) and put it in the brand new never used ASUS board along with the 8GB of RAM. I won’t worry about the 8800gtx video cards since that’s not needed for the server - I wasn’t sure if there was any video processing done server side. The motherboard has a good onboard hardware RAID chip so I was going to go that route. I’ll then be able to stick with my V8 air cooler with a 120mm fan on it and keep the system pretty quiet without that monster video card in it. I do have those 120 and 240mm AIO water coolers, but unless I OC they shouldn’t be needed IMO and I want a stable server.

I’m glad I can finally get some use out of these parts everybody told me to throw away.